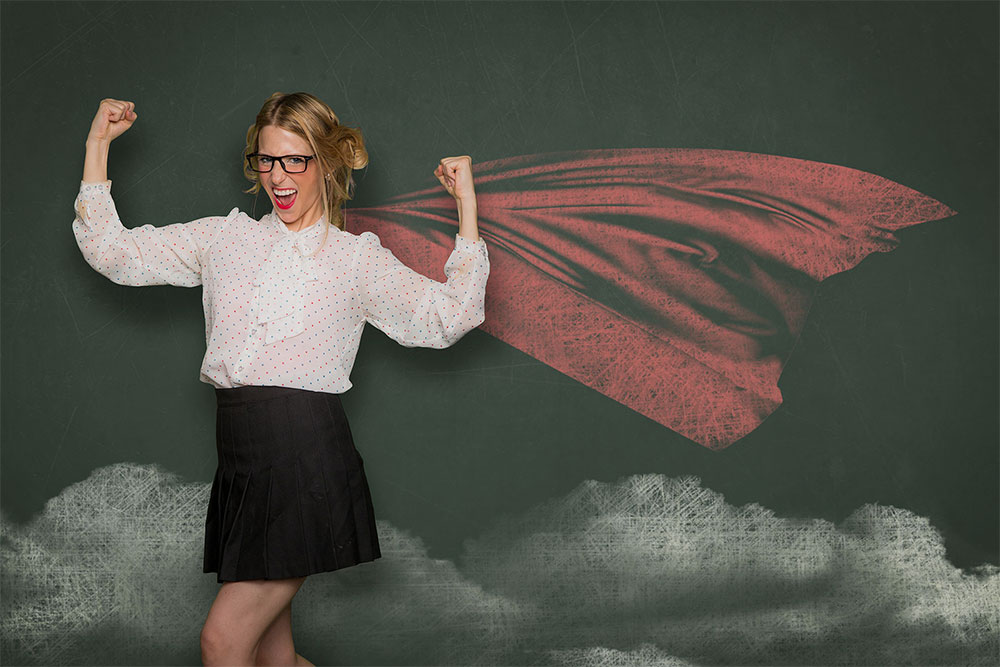 Why the Assistant Role is Female Dominated

It’s 1950 and you’re a female secretary. You’ve taken this clerical position to bring in extra income for your family; things have been tight since the war ended. You work twice as hard to help your boss look good, while making significantly less. Just a few of your job descriptions include: smile readily and naturally, be fastidious about your appearance, never wear long earrings, maintain excellent posture, keep a pleasing and well-modulated voice, refrain from sarcasm, have omniscient knowledge of the boss’ whereabouts, and never expect a promotion. Correction fluid, or “liquid paper” has not been invented yet. Your boss keeps a bottle of whiskey in his bottom drawer and almost everyone in the office smokes.

Flash forward, it’s 2018, and secretary is still one the top job for women. The job description has drastically changed and the cigarette butts have long burned out. But, it begs us to ask, how did we get here? Why is the executive leadership support role still dominated by one gender? What has truly changed?

Surprisingly, before the industrial revolution, men held secretarial jobs. Then, the industrial revolution hit hard and a transition took place, moving from hand production methods to machines, and the whole world changed. Women entered the workforce out of necessity, working sometimes 80 hours a week in unbearable conditions. Women quickly replaced men in secretarial positions. According to CNNMoney, the rise of the secretary began with the increased paperwork of the Industrial Revolution. “The job became popular in the 1950s, when 1.7 million women were ‘stenographers, typists or secretaries.’”

Over time, the role has continued to dynamically change and flourish because of the introduction of new technologies. Whether you call the title secretary, executive assistant, administrative assistant, or so on, the role as we are referring to it, is truly a strategic business partner. Now, executive assistants directly impact the bottom line. They are the right hand of their executive and the backbone of the company. They have slipped into a managerial position and often, have the opportunity for promotion into leadership roles. So why is this career still predominantly female? In our opinion, there are three factors: tradition, reverse sexism, and candidate’s beliefs.

In addition to the impacts of the industrial revolution, according to CNNMoney, “Secretarial schools offered professional training, which made it possible for many women to enter the career without a full college education.” In the 1950’s, secretary became the most popular job title for women. Now, because of reverse sexism, instilled gender beliefs and tradition, this career remains predominantly women. According to Jessica Williams, founder of Sidekicks, “One person told me that, in his household, the ‘secretary and nanny are women – the chauffeur and butler are men’ because ‘that’s how it’s always been.’” Talk about traditional expectations.

Every time new technology comes out, it’s predicted that the world won’t need administrative roles and perhaps tradition will change. That’s proved to be untrue. The Labor Department projects the category will grow about 12% between 2010 and 2020, adding nearly 493,000 jobs during this decade. New technology helps the bottom line, and so does loyal staff that knows how to use it. It’s been proven over time that new technology only helps administrative roles by giving them the means to better support their executive and the company’s success as a whole.

A lot of executives and companies are at fault for how they recruit for the position. Recruiters have admitted to executives who ask specifically for blondes, or insert other stereotypical assistant or secretary physical appearances. Williams explains in her article in The Guardian, “There is definitely a problem when an employer expects their new hire to look a certain way or assumes that everyone working in support is female. ‘No, I definitely wouldn’t consider a male PA’ – that comment is ubiquitous.”

According to Greg Causey, executive coordinator for Atlanta-based cable TV giant Comcast, “I’ve worked for a number of female executives. The only thing I had to stand back and take notice of is that it seemed to threaten a lot of males to have a guy organizing and running their lives.”

Reverse sexism stems from tradition and recruitment. There are many reasons why men should chose the executive assistant career path, from passion, to managerial experience, to technology advancements, to having a direct effect on the bottom line. The list can go on. It’s our job to recognize reverse sexism and counteract it. It starts with how we view the position and how recruiters interact with candidates.

According to Jessica Williams, founder the secretarial recruitment company, Sidekicks:

I believe that the secretarial industry harbours one of the last bastions of “acceptable” sexism. A lot of agencies like to pretend this doesn’t exist any more; it does. Companies celebrated for their inclusive hiring policies and quotas to ensure female representation at management level also employ an overwhelmingly female battalion of PAs, secretaries and receptionists. This isn’t always because hiring managers are discriminating against male candidates. Often candidates think these roles are woman dominated and, in turn, the available candidate pool reflects that.

Although sexism and tradition are to blame for the profession remaining predominantly female, candidate’s beliefs are equally to blame. Similarly, truck drivers are still predominantly male, executive leadership support roles are predominantly female because of how we view the role. If we want to see change we need to mirror that in the way we talk and act about the role. It’s up to us to change our verbiage and our behavior.

Over the years, the role has changed dynamically. Assistants are now the right hand of their executive and responsible for critical decisions on behalf of their executive and the company. They hold more managerial positions – whether that be through managing and admin team or managing large-scale projects. They possess and practice increased critical thinking through all facets of their day. They work long hours to ensure the success of their executive. They are the first to learn new technology and are constantly required to stay up-to-date with the latest technological advancements. They must find new ways to effect the bottom line, by saving executive time and company money.

The role has changed since the Mad Men era. It’s important we know how we got here and how we play into the future of the role. We should be proud of the changes we’ve implemented throughout the decades. Secretary is still the top job for women, but times are changing. It’s up to us to recognize tradition, to fight reverse sexism, and redefine candidate’s beliefs. It’s up to us to mold the future of the role and to take it to new heights.

Executive assistants play a vital role in shaping acceptable company culture. Women and men across the country are taking a stand against sexual bullying, harassment, and violence in the work place. New generations of inspirational women are confronting this bigotry head on. If you enjoyed this article, check out “Times Up, Now What?” by our very own Jordan Hensel.

For more information on how the Executive Leadership Support Forum can provide you the professional development to succeed within your career, visit our events page: www.elsforum.com/events