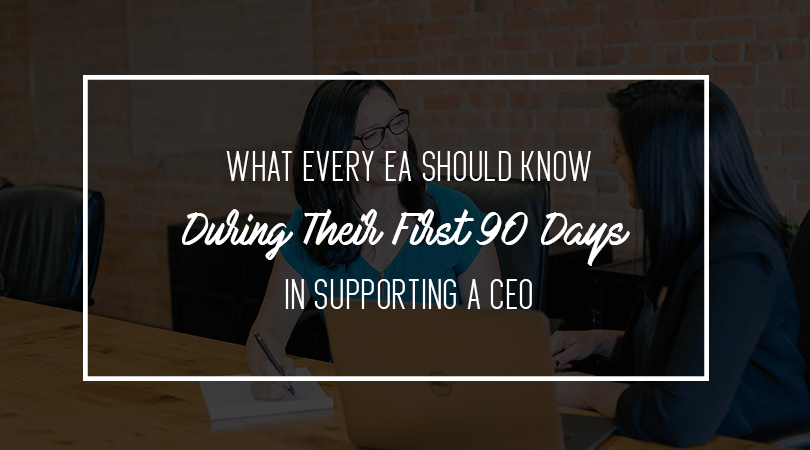 If you don’t know Al-Husein Madhany, you should. ASAP. Not only is he a captivating motivational speaker, but Al-Husein (or AHM, as we affectionately refer to him here at ELS) is also the former Facebook Chief Chaos Tamer and Paypal Chief of Staff. At ELS, he speaks on a range of topics that covers the progressive challenges that plague EAs across the globe. Lucky for you (and us!), we sat down with the genius himself as he schooled us on the incredible resources available to EAs that they just aren’t taking advantage of. Read on to see what those are!

Describe the impact that experience has on strategic partnerships between executives and their assistants?

It’s important to recognize that executives are getting younger and younger. Some are representing companies that are worth billions of dollars and they’re 22 years old. I currently work with young CEOs and they are constantly learning, and probably faster than executive assistants because of the nature of what they’re doing. They have no context of what it means to be an executive. They’re constantly mentored by their teams, which include other executives. Our [EA’s] value is really in the deep experience and depth of wisdom [we have] from supporting executives before. We may see the worst of [our execs], but we also see them at their most vulnerable. It’s important that we show them the wisdom we’ve accrued from supporting executives in the past. We have been on this ride before, but they haven’t. For them, this is their first show.

What are executives really looking for in an assistant?

If an EA has only supported one executive in his or her career, how can he or she gain this wisdom?

[Editor’s note: Here are some pitches from Al-Husein that you can use!]

“I have your trust. I’ve been managing the calendar for four years and now I want to go deep inside. What’s interesting to me is X.”

“I want to learn how to do X and the thought process behind X, and I’d like to sit in if you’re comfortable with that.”

“I’m interested in mergers or acquisitions, or are we going to build this ourselves?”

“I want to learn the decision tree. You’re a walking MBA, and I want to understand how you’re making these decisions because clearly you’re a successful executive.”

“Is it possible for me to be in the room, to debrief with you on the external meetings so I can action things, so I can partner better with you.”

Where are some of the best resources hiding in plain sight?

There are many opportunities to take advantage of. Your executive’s inbox has most of your answers. And not just their inbox, but their sent box. If your executive has a doc or Powerpoint or diagram from a meeting, read it! Print it out! Sit with it! If you don’t know the words, look them up. If you don’t know the industry, Google it! If you’re an executive assistant for a public company, and you don’t know how your stock is performing, you are underperforming. If you have not heard the earning’s conference calls, that’s a missed opportunity for learning and a way to add value to your executive. Every company has an Intranet or Slack, and there’s an institutional history of your organization. Spend time learning it, going through it and understanding it.

So what are the top three things a rockstar EA should do in the first 90 days?

There are three things that executive assistants should know within the first 90 days of starting a new role, whether it’s a for-profit or nonprofit company:

Once you understand the competition, strategic partnerships and levers, you have a very valuable perspective on the drivers and you can start thinking like your executive. And if you can convince your executive that you know those things—through the questions you ask and the conversations you have—you will understand the decisions they are making and reasons why they are making those decisions.