Executive Assistants are the backbones of companies and the right arms to their executives. They are constantly urged to continue professional development in their EA careers to become indispensable. The role of an EA has shifted, and now more than ever, EAs are seen as business partners and an extension of their executive.

The hard truth is, many assistants fear being replaced if they speak up about unethical behaviors in the workplace.

The fear is enough so, that in many instances, loyalty is valued as a bigger asset than ethical behavior. In a recent article published by the Washington Post, the assistant of a popular show-runner in Los Angeles spoke on the condition of anonymity saying, “You are not in a position where you have any remote sort of leverage, and you are extremely replaceable. There are very few things that are worth speaking up about because when and if you decide to do that, it’s over.”

We now see recent instances that even witnesses to non-ethical behavior can be held legally responsible. It begs the question, what ethical responsibilities need to be upheld by executive assistants? Does the landscape of responsibility change when held to a confidentiality or non-disclosure agreement?

The fact is that executive assistants are valuable assets to their company and their executive. As an extension of their executive, they hold knowledge about many valuable stakeholders. They are costly to replace, not just in money, but in time. In addition, those contributing to the unethical behavior are costly to replace. According to the Harvard Business Review, “avoiding a toxic worker was worth about $12,500 in turnover costs”. You can bet that cost is a lot higher if talking about turnover costs for replacing an individual in the C-suite. Therefore, it’s valuable to companies to put an end to workplace bullying, sexual harassment, and other unethical components that lead to unsafe workplace environments. As workplace expert Bonnie Low-Kramen quotes leadership expert Simon Sinek in one of her most recent articles, “Imagine a world where people feel safe at work.”

So, how do we get there?

When discussing unethical behavior in the workplace, Bonnie Low-Kramen finds it important to acknowledge the role of all involved, “Everyone has a responsibility within companies, not just to the individual they are supporting, but to the company as a whole. In the instance of unethical conduct, witnesses should be held accountable, too. Witnesses to unethical behavior, such as bullying for example, bear almost as much of the trauma of bullying as the target herself. It’s called Survivor’s Guilt.”

“Everyone has a responsibility within companies, not just to the individual they are supporting, but to the company as a whole”

If you are aware of unethical behavior being conducted by the individual you support, you bear responsibility as a witness, says Low-Kramen.

The bottom line is, if you see something, say something. There is too much at stake not to.

Change starts at the top

“Putting an end to unethical behavior in the workplace can’t just be lip service,” says Low-Kramen, “The solution needs to start at the top; it needs to start with CEOs, with the leaders who will enforce zero-tolerance policies. We need to create new expectations when employees start and discuss these new expectations with those already with the company. You can’t expect people to blow a whistle in a vacuum. Companies need to work to implement an integrated accountability system that begins at the top. No real and meaningful change can happen if it doesn’t start at the top.”

If you’ve encountered unethical behavior, Bonnie Low-Kramen urges, “You hold a responsibility to the company to come forward. Put it in writing, inform the CEO and ask for a meeting. This is the professional way to handle it.” If your CEO or manager is the one inflicting the unethical behavior, there are a few ways to handle the situation. Speak directly to the bully calmly and with facts. Say, “I won’t be spoken to like that. We need to find a productive way to work together”. Make sure you always document instances so that you have a written record to turn to. If the problem persists, or if you feel more comfortable jumping directly to this step, report the incident to human resources. “To speak up is difficult and it’s so much easier when you have the support of upper management. That being said, there is power in numbers.”

If you haven’t had a conversation about unethical protocol with your executive, now is the time. If you feel more comfortable, you can bring it up at your yearly review or during employment negotiation. Bonnie suggests, “Respectfully ask that sexual harassment doesn’t fall into that category on non-disclosure agreements. Ask about your company’s stance on workplace bullying and sexual harassment.”

Unethical behavior in the workplace, such as sexual harassment or bullying, leads to damaged productivity, retention and profit. Ultimately, it is the responsibility of everyone at the company to create a safe work environment. As an executive assistant, there will be times when you are presented with unethical conduct and it’s your responsibility to handle it professionally, ethically, and legally. Have that discussion with your managers and peers and discuss where ethics falls into your confidentiality agreement and/or non-disclosure agreement. Having that discussion with your colleagues starts the conversation for the future. It help clarifies to everyone how unethical situations will be handled.

Experts like Bonnie Low-Kramen and other trainers and veteran assistants help guide a powerful message on how to handle these situations when they arise. Ensure you are understanding and communicative of your nondisclosure and confidentiality agreements, start the conversation with your executive, and report unethical behavior in a professional and documented manner. Last but not least, if behaviors don’t change, or if your company or executive respond in negative ways, it’s advisable to reevaluate your employment situation.

Solving ethical obstacles will never be a piece of cake. Executives and assistants have an obligation to treat each other in a professional appropriate manner. For far too long issues of sexual bullying, harassment, and violence have been swept under the rug. On the bright side, the Executive Leadership Support Forum is providing assistants the tools necessary to tackle and overcome these obstacles. Through local networking and interactive training by expert instructors, Executive assistants from across the country are growing in their professional development to succeed in a changing business environment. 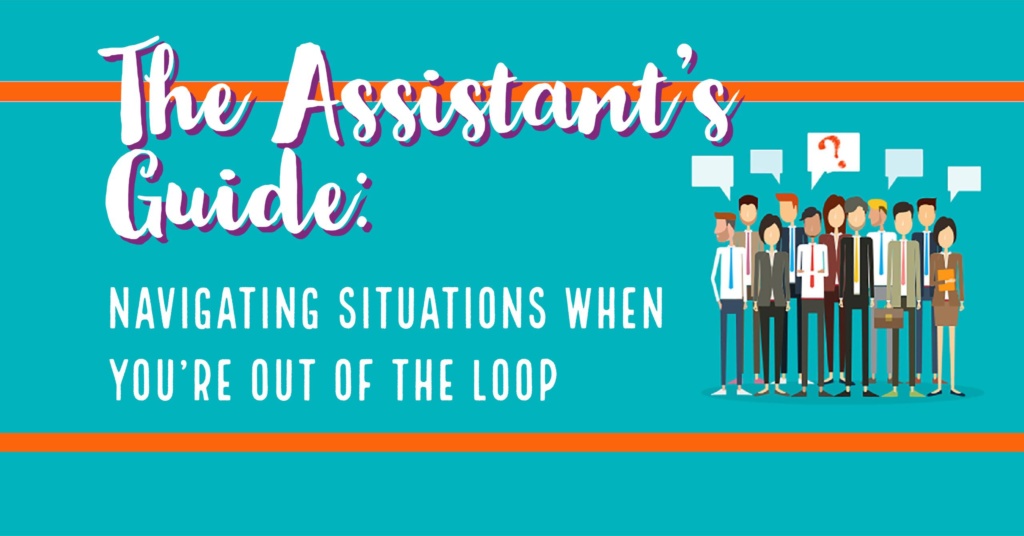 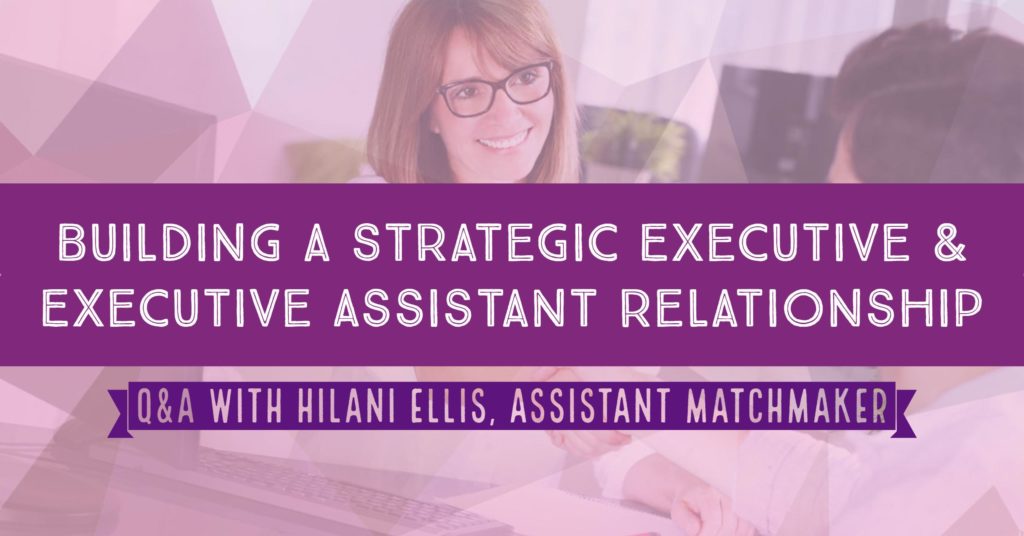 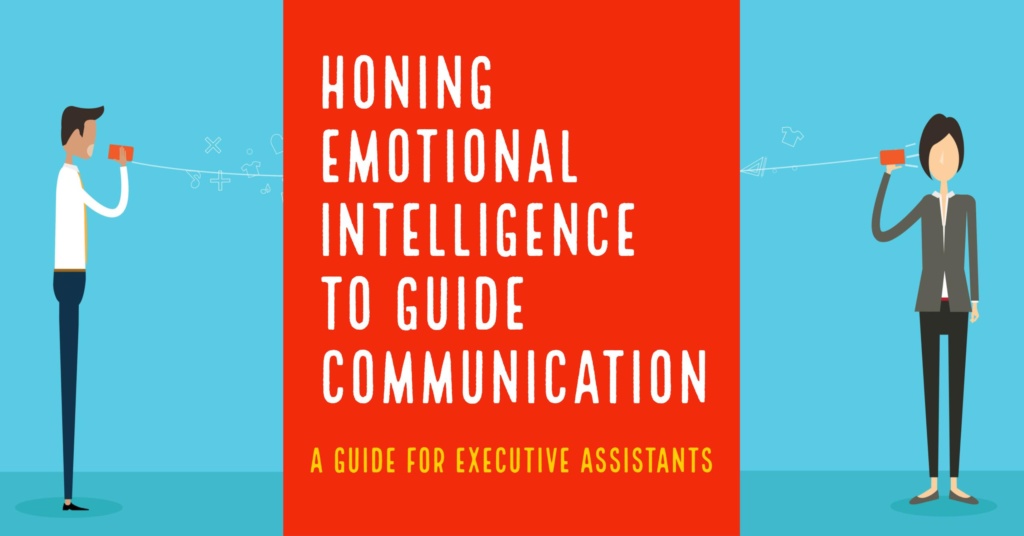